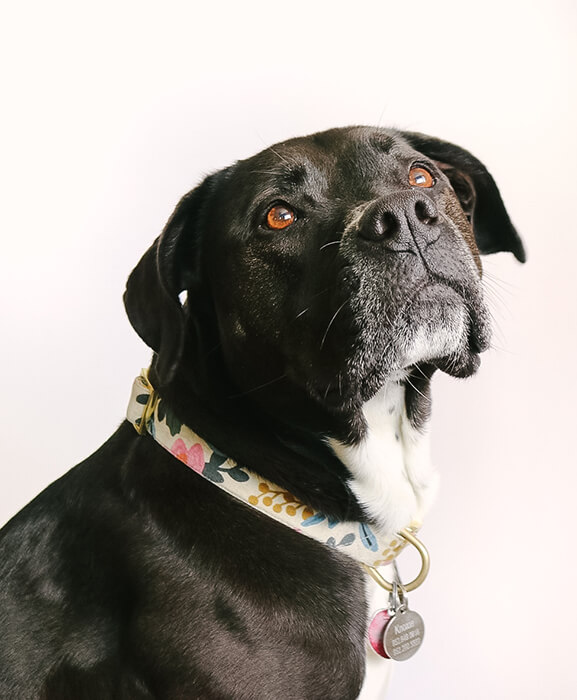 Knoxie serves in one of the most critical roles at NordicClick. As Office Greeter, Knoxie spends her days making her rounds among the staff, offering emotional support and smiles. She also keeps close tabs on the garbage cans, corresponds with the mailman, and acts as a backup vacuum on an as-needed basis. We’d be lost without her.

Knoxie’s journey in online marketing started out a little different than the others… Before landing at NordicClick, she was a former sleep model, primarily on Facebook and Pinterest. However, Knoxie isn’t fully retired from modeling yet! For shooting inquiries, please email her at Knoxie@NordicClick.com.

1. What is your first memory of the Internet?
I had met someone wonderful in a chat room and then I found out he was a cat!

2. Favorite lakes memory?
Ahhhhh… As a pup, I went to my grandparents’ lake cabin. The smell of fish was wonderful. The taste, even better!

3. How many cups of coffee do you drink per day?
A dog as young as me already contains the energy… Coffee is for the weak!

4. Most used app on your phone?
The Rover app, of course.

5. Favorite food?
Anything that will fit in my mouth.

6. Favorite activity?
Hmm… Sneaking into bed with the kids.

7. Personal role model?
Scooby Doo. What he wouldn’t do for a Scooby snack!