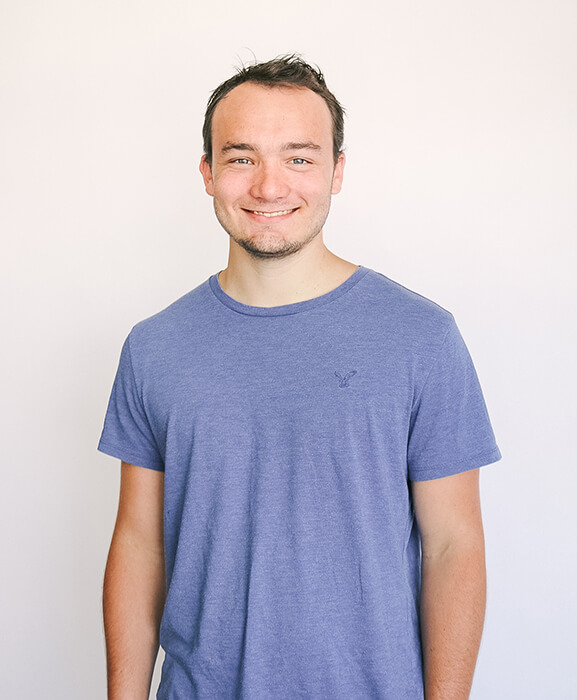 Eddie handles all of NordicClick’s tech needs, from keeping our phone system working, to managing the server, to making sure everyone’s computers are working properly. A computer science major at Iowa State University, Eddie has a great interest in systems administration. He previously worked for Minnetonka School District and managed his own servers in his homelab before joining NordicClick.

Outside of work, Eddie uses his tech powers for good in several different groups and committees. Last year he was a part of the senate for IRHA (Inter-Residence Hall Association), as well as the IT chair, IRHA Representative, and Carrie Lane Liaison for the BWR Hall Council, Treasurer for Birch House Council, and the Executive Event Director for Carrie Lane Crashtacular, a large concert on Iowa State’s campus. This year he’s a part of the new member education committee, the philanthropy committee, and continues to be the IT Chair for the Epsilon chapter of Tau Kappa Epsilon Fraternity. He’s also passionate about fundraising for St Jude Children’s Research Hospital where he hopes to raise $2500 this year.

When he’s not saving the day at NordicClick or any of these other organizations that depend on his technological prowess, Eddie spends a lot of time on Lake Minnetonka—boating in the summers and snowmobiling in the winters. When it’s not nice enough to do either of those, he’s probably brushing up on his sysadmin knowledge or playing video games.

1. What is your first memory of the Internet?
Looking up cheats for Roller Coaster Tycoon 2 when I was six years old.

2. Favorite lakes memory? What does being on the water mean to you?
The water is my happy place. Doesn’t matter who I’m with, or what I’m doing, but if I’m on the water, I’m happy. I grew up boating on Lake Minnetonka, and it’s my absolute favorite pastime. It’s a great way to meet people, hang out with friends, and relax.

3. How many cups of coffee do you drink per day?
None. I’m more of a diet coke kind of guy.

4. Most used app on your phone?
Sync for Reddit. I spend a lot of time browsing Reddit.

7. Speed boat, jet ski or pontoon?
Jet Ski all the way. It’s like snowmobiling but on water, and it’s a ton of fun.